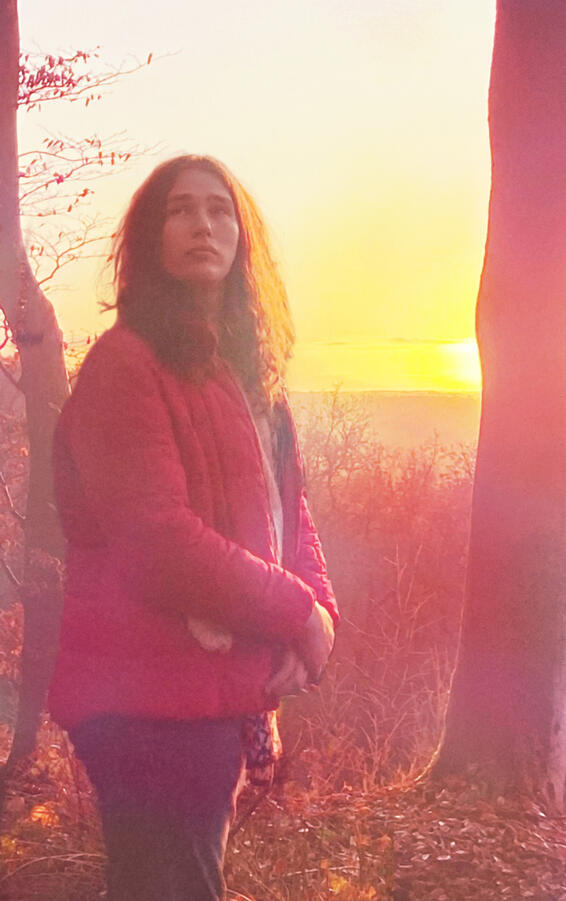 Welcome to the weird and wonderful world of Mattie Konig, a twentysomething musician, gamedev, artist, and all-round creator of cool stuff. Use the links above to find out what I do and what I've been up to!PLACE OF ORIGIN: London, England, UKCURRENT LOCATION: West Country, England, UKPRONOUNS: She/HerPASSION FOR CREATION: Never Ending

Released September 23, 2022An official map for Open Fortress over a year in the making, set in a groovy Hollywood Hills recording studio.

Released January 14, 2022My first full-length album of original music in nearly three years. Pastoral keyboard passages, pounding electronic rhythms and layers of contemplative ambience ebb and flow in fascinating and unexpected ways, taking you on an immersive trans-genre journey from start to finish.

I've been writing and recording my own music since 2012, exploring a wide variety of genres, styles and themes along the way. I handle the composition and production of all my songs, as well as keyboards, vocals, percussion, and other instrumental duties; from recording in Logic Pro X to releasing my songs on Bandcamp and Soundcloud, I remain in control every step of the way.I was a regular performer at Exeter's Loud and Queer performance art events; I also played at their Exeter Pride showcase slots in 2018 and 2019, as well as a solo set at the 2018 Women of the World festival. My 2016 album Here Comes A Special Boy? was featured on GoldFlakePaint's list of essential albums by transgender artists, and my music has recieved regular airplay on Culture as a Dare (an experimental radio showcase slot on Thames Estuary station Ship Full of Bombs and later on Scottish station Tak Tent Radio).

Perhaps my most accomplished musical achievements yet are my albums/EPs of original songs, released more or less continuously since 2016. These songs are eclectic in style, incorporating elements of progressive rock, experimental electronica, dance music, industrial music, and numerous other genres. Their lyrics so far have mostly chronicled the various developments in my own life, although starting with the release of Cleanup Duty I have begun to broaden my horizons and write songs that try and address the world outside my own headspace.

As well as creating original music for my own self-fulfilment, I've contributed to the soundtracks for several media projects, both as a volunteer and as a commissioned composer:

Starting in early 2017 I began to experiment with mashups, and discovered them to be a fun but surprisingly technical medium to work in. Since then I've released many mashups both individually and as EPs, culminating in 2019's One Of These Again, an epic 25-minute journey that samples eighty seperate songs. Although not as serious a venture as my other music it's still an enjoyable field to work in, and the editing techniques I've learned making my mashups have influenced my other original compositions.

In April 2020 OpenAI released Jukebox, an advanced neural network capable of generating music as raw audio in a variety of styles and genres. I was immediately wowed by its creative potential, and I soon set to work undertaking a series of experiments. I tested Jukebox's strengths and weaknesses in many different departments (non-English lyrics, songs with multiple vocalists, spoken word samples, disparate combinations of input audio and artist conditioning, etc). The results of my experiments were documented in a regular series of YouTube videos, linked below; in addition, I used Jukebox to co-compose a few parts of my song Downstreaming. I feel lucky to have utilised this cutting-edge technology at a point where media synthesis technology was less of a pressing issue, and I fully intend to keep up with future developments in this fascinating field, for better or for worse.

I grew up an avid player of video games, so it's no surprise I eventually ended up trying my hand at making them too. While this initially manifested in the form of early experiments with the likes of Game Maker and the Tomb Raider Level Editor, from 2010 onwards I began making levels for various Source Engine games, and it remains the engine I'm most experienced in to this day. Much of my Source work has involved recreating various locations in London and the UK for fun, no doubt influenced by fond recollections of my upbringing in the capital; with the release of Source 2 and its far more powerful level editing tools, I have started to diversify my repertoire and create more varied locations, both extant and fictional.My eventual goal is to create and release some kind of virtual reality experience for Half-Life: Alyx - perhaps a level set in the Half-Life universe, an original science fiction or horror story, an abstract psychedelic trip, a recreation of a real world space for virtual tourism, or even an interactive music video.

I was project lead of the London Pack, a community project for Team Fortress 2 (as well as Source Filmmaker, Open Fortress, and other related Source engine mods) with the goal of introducing a new collection of UK-themed map assets to the mapping community. From its conception in 2018 right up to its release in 2021 I oversaw its direction on multiple levels, from creating textures, concept art and promotional materials to directing the creation of models by other community members. I also created DM_Thames, an official map for Open Fortress set on the banks of the titular river, as a way to showcase the potential of the pack and its assets. The London Pack is one of the largest projects I've worked on in terms of scale and time spent, and it's been a useful learning experience for managing such projects (especially getting to grips with software like GitHub).

TF2Maps.net runs yearly detailing contests in which mappers are tasked with creating as good-looking a map as possible based around a specific theme. I have won first place in these contests two years running:- In 2021 the theme was "In & Out", requiring mappers to include at least one major interior and exterior area in their map. My entry took the form of a modern-day cruise ship, "Quintessence of the Waves"; the main atrium and lido deck acted as the main interior and exterior areas respectively, albeit with many other explorable rooms across the map. It was definitely a challenge to make, especially figuring out how to update TF2's iconic painterly aesthetic to a contemporary environment, but I had a lot of fun creating the various custom assets and researching the aesthetics and layouts of existing cruise ships in the modern world.- In 2022 the theme was "Globetrotter", requiring mappers to create a scene set outside the mainland United States (TF2's primary setting). My entry took the form of a leafy suburban street in south-west London, again drawing on memories of growing up in the area and adapting them to TF2's painterly aesthetic.

For much of the 2010s I amused myself by creating horrifying digital photo collages in Paint.NET. Sourced from images found on the web and assembled with little regard for coherent human facial anatomy, these surreal and satirical grotesques have also served a practical purpose in allowing me to experiment with different aspects of graphic design, even if a real advertising agency would be nuts to let me anywhere near their design departments.

In early 2020 I applied my collage skills more seriously in the form of Memories of Doggerland. This short zine reflects both my interest in alternate history scenarios and the political state of the current world, presenting a scrapbook of ephemera from a parallel universe where Doggerland (an area of land that connected Britain to the European continent in prehistoric times) survived to this day. Memories of Doggerland recieved a short print run in full colour, and I performed a lecture about the alternate Doggerland at the February 2020 edition of Loud and Queer.

My artistic interests have always extended into the realm of the moving image, and no doubt one day I'll end up doing some kind of grand video-based project; in the meantime, smaller audiovisual accomplishments have kept my editing skills from going rusty. These have ranged from experiments in adapting my other creative works (including tests for an animated When My Nights Were Better music video and a news report from my fictional Doggerland) to YouTube Poop-inspired maximalist absurdism (including Eleven Hours in a Chimp Man, a fast-paced performance art video that brought the demented style of my collage works to life) to completely unprecedented endeavours (my The Universe is a Glitch music video, consisting entirely of AI-generated components - lyrics, audio, and visuals).

If you have any questions, are interested in collaborating with or commissioning me, or just want to get in touch, you can contact me through one of the following:

I'm most active on Discord, but if you want to chat there, send me a Twitter message or an email asking to add me first.If you want to directly support me, consider donating to my PayPal: